Ah--we're back from the show!  FIVE of the kids from here showed heifers in the showmanship arena!

A thank you to the Wyoming Joneses who lent their heifer,
Lucky Girl, for these pix and for walking in the showmanship circle.


Fortunately the photographer sent this, as it is my heifer:

I think the young showmen were pleased to receive the MDBA T-shirts (I personally think they are very cute--especially the backs) and training halters they were given by the very well-organized MDBA show-putter-onners.  It was fun for me to see old friends and acquaintances, even if I was too focused to get in much enjoyable chatting.  I saw again that show-feeding and conditioning of the animals make a big difference in a judge's, and a buyer's, eye.  And I saw the good look that experienced grooming can give.  I became a little interested myself in learning clipping.  And there were some very nice Dexters exhibited in both the show and sale, and some awfully cute "short legs" really "stole the show" several times.  Some sales were good but unfortunately some sellers were obviously so stressed they sold much below value.  And even a grand champion bull in the sale went home again as the offered price was so below value and expectation.  So the sale was disappointing for many who brought animals, I think.  A few others did really well.  Though one might cite "quality," the successes were often those who had put in a good bit of "homework" and many good cattle did not sell.  But some times are like that.  Overall, it was still an enjoyable weekend...I believe for all of us.  Many kudos should be handed out.  Chris and Vicki Jones from Wyoming lent us their booth-space clean-up tools, for which I was very grateful.  The Joneses from Texas did more than their share of aisle clean-up.  Ted and Vicki Anderson, as MDBA officers and just fellow exhibitors, were helpful in multiple ways.  Michelle Burns, who was in charge of the youth effort, was so warm and friendly, and efficiently provided help and heifers to lead when needed.  Jim Smith was organized and helpful with the bookwork and money-recording.  Dick Clark, who presented much of the information about the animals in the sale, did a nice job, as did the auctioneer--I thought both those efforts were unusually helpful.  The food-providers, especially Friday night, were absolutely GREAT!  The check-in and barns were efficiently set up.  I don't even know the names of everyone to include in the thanks.  Overall, the folks who did the work to put it all together have my high respect and regard!  I imagine that they are all "resting up" at this point, but they did an admirable job, including keeping their cool whenever small problems to solve arose.

I was pleased with Kaelan.  I led him for the first time (and think it likely was also his first in his LIFE to be on halter) a week ago Thursday, and he was not difficult at all to load or to walk in the show and sale.

(Even if he and his owner are not "set up" properly, I appreciate how willingly he cooperated!)

I almost shed a tear at the sale, realizing that no one else really knows his nice personality well enough to appreciate him.  Xangwen, his daughter and the heifer shown by Brittany, became a much more halter-TRAINED and -accepting girl over the course of her many times through the ring and into the trailer.  The young trainers from here got a good amount of time to curry and pet the animals we took and to lead others as well as to observe experienced showmen/women/boys/girls.  And the parents of those very kids did a wonderful job of not only taking care of their own kids' clothing and appearances but also stretching to include the others, taking pictures, and keeping track of and packing up my paraphernalia too.  The experience did us all good and we are ready to set some goals for June, I think.  I am eager to learn more about clipping and foot-trimming.  While I'm still not eager to feed for show, I intend to pick ahead some animals that we will plan to work with and perhaps consider giving them BETTER hay and making sure they get good pasture in spring.
Posted by gladhourfarm at 7:24 PM No comments:

A blog is a new adventure!

A little about Gladhour Farm and the ongoing thought lines going through my head:

1.  Irish Dexter Cattle--LOVE 'EM!  However, we had a droughty summer.  Hay is hard to find and, when findable, not affordable for a person who relies on Dexter cattle for significant portion of survival income!  So a major issue has been how to sell some and feed the rest.... 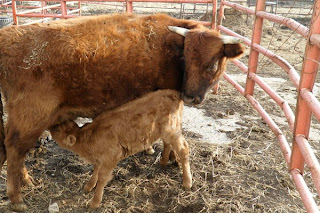 2.  Babydoll Southdown Sheep--also love THEM, at least my favorites, and like them all.  Have several rams I need to sell and find great homes for.  These rams are all black and QR, and all of them are nice-tempered so that I am not afraid to turn my back or go into their pen at night.  I can't say that I have always felt that way about all rams. 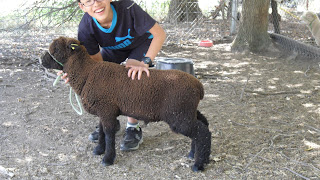 3.  Passing down the history of this land and love of it.  This is such a long-ranger that it runs the risk of getting lost in the "urgent" even while it is for me most "important."

BIG #1 for focus NOW:   Getting ready for the MDBA (Missouri Dexter) show and sale near Springfield.

Blessed this fall, after several years of throwing out the idea and having no takers, to have SIX kids out of three families coming here after school and training with the cattle, we are all working hard and trying to learn everything we need to know. 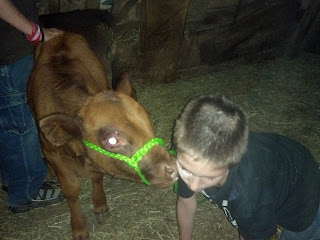 My favorite way to train calves is to start before they are weaned, bring mothers and babies into barnlot together and overnight them, send mothers to pasture and babies to "school" during the day, re-uniting them in the evenings and overnight, and continue this for several weeks.  This way the babies in "school" have "human time" and learn from me and the young people in the program that such humans don't hurt them and indeed can be trusted to provide good leadership (or other goodies like the best hay at the end of our sessions) and pleasant grooming. 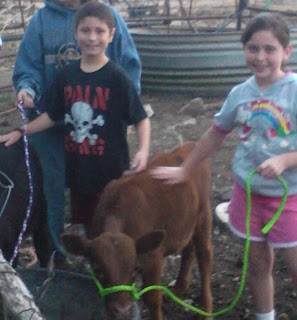 This year the kids took on the project around the second weekend of September and we have been pushing to get ready to show on October 20.  We started with some calves so that the kids got to know the program a little, but I could not take unweaned calves and their nutrition sources so far for a show.  And we had to be on a faster-paced schedule.  So we haven't been able to do, fully, the slowest, most gentle-training techniques that I like the best for this time period, and definitely not for the animals going to show.  In fact we did a very shortened version for a couple heifers I took to exhibit at the nearby "Old Time Harvest Days." 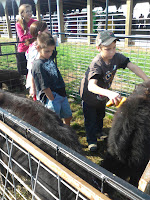 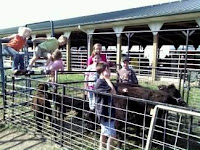 The kids got to say a lot about what they knew about Dexters to other kids, and we walked behind the tractors in the "Parade of Power," the highlight for me...after all, Dexters HAVE BEEN oxen at times! 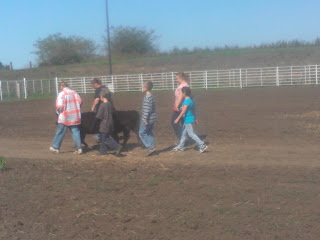 When the various costs associated with the decisions to go so far and participate in a show that is only connected with ADCA have finally boiled down, I have decided to take only two animals.  We have been working with a red heifer to show AND sell, and my gentle bull that came from Spruce Grove Farms/John Potter.  John has been a master at imprinting on his calves.

I expect to be leading the bull.  He walked with me with very little effort from the very first try.  But since he knows me mostly and he IS a bull, I think the leading falls to me.  The bull is wonderful to work with and produces nice calves, all polled which are most in demand.  But since he is a PHA carrier and I have a LARGE herd, I have to restrict his access to pasture to be sure that I also restrict his access to only the females I want him to breed.  That means that he only gets nutrients from hay rather than fresh grass, and his exercise is also limited.  So to think of kindness for this good-tempered bull means that I will take him and hope to find him a happy home where he will be the ONLY bull in a pasture and where he has a harem made up of all non-PHA-carrying cows.  That way, there will not be any negative consequences for his owner except the cost of testing whatever calves s/he might want to sell or use as additions/replacements, and s/he will have the positive (for many people) result of being able to have polled calves out of any cow.  Unfortunately for showing, his condition will reflect the fact that his diet is hay.  I hope a judge can look somewhat past condition to true structure as he is really a nice bull with good length and nice straight lines.

The heifer is a pretty thing but STUBBORN.  Though she walks well on halter for the girl who has been working steadily with her, I wanted to make it easier for the younger kids to show her in showmanship too, so tried to get her more universally "broke to lead" while there was another adult here to help.  We tried and she planted her feet!  So now she is a bit sore.  She also did her feet angle no good in the process.  I hope she feels comfortable by the time of the show! 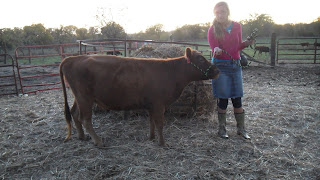 In trying to get ready, I called an ag teacher of nearby high school who set up for us a chance to watch a family preparing to show their animals at the American Royal.  So we (kids, parents, and I) observed the walking and the use of show stick and the washing of those two animals yesterday.  Now I wish I could get my heifer's feet trimmed.  I know that body clipping might also be good for her in the show, as well as show feeding.  Show-feeding goes against my principles as I think animals are better served for THEIR sakes with a normal diet, and I also think that the new owners are better served with a natural diet.  But show feed certainly puts on condition that judges like.  Clipping is still a possibility, but I have to weigh cost against possible benefit.  Wish we were back in the days (when I started with Dexters) when they were a no-fit breed and were shown in shows with natural hair, just bathed.  And when video shows showed the animals in their own home environment in motion under their own steam with no exposure to other cattle and no vet exams/costs!

Posted by gladhourfarm at 8:45 PM No comments: